Developers, I-73 and a Déjà Vu Lazarus Candidacy

Recently Horry County Council unanimously approved changes to development density allowed in the Commercial Forest Agriculture zoning classification and former county chairman Mark Lazarus began calling developers looking for support for another run at county chairman.
Lazarus, then the incumbent, lost the 2018 county chairman race to Johnny Gardner in what was one of the biggest upsets in Horry County political history. And he lost it on his own merits, or maybe demerits, is a better term.
Lazarus is the former chairman most allied with the development community in the history of county government. As chairman, Lazarus convinced county council to purchase approximately 3,700 acres of undevelopable wetlands in the Carolina Forest area, at a cost of approximately $12 million taxpayer dollars, paid to a well-known Richmond, Va. developer. The excuse was the county needed to establish a wetlands mitigation bank for future road projects.
Since leaving office on January 1, 2019, Lazarus has been busy lobbying council members for a number of re-zonings of CFA land, especially in the Hwy 90 area.
I don’t know if Lazarus believes he can alter the changes to CFA density if he wins back the county chairman seat, but, considering the unanimous vote by council to change CFA density allowance and continuing pressure from the citizens to reject questionable development, it is not possible that he can.
After Gardner took over the chairman seat, he was able to convince council to institute impact fees on new development to help pay for the cost of new infrastructure and other capital needs associated with that development. Following the discussion among council members during its last meeting, those fees will be expanded to transportation and stormwater impact fees in the coming fiscal year to help pay for much needed upgrades to roads such as 90, 905. 701 and 9 and associated flooding mitigation efforts.
Lazarus preferred to raise property taxes and existing county fees, including leading the passage of the largest single property tax increase in county history in 2015, rather than promote an impact fee law counter to the wishes of his donors and supporters in the development community.

Voters in District 9 will go to the polls Tuesday to decide who will represent them for the next four years on county council.

The runoff election is between Terry Fowler and Mark Causey.

Fowler is a retired Horry County police officer while Causey is a real estate broker.

That difference in jobs caused some of the citizens in the district to link Causey to the real estate development interests in the county.

However, I am not sure that distinction is correct in this race.

If employment is to be a determining factor in who is tied to developers, consider there are Fowler family employment connections to the Shep Guyton Law Firm, a firm intimately connected to the development industry in the county.

Shep Guyton was fined by the South Carolina Ethics Commission for his part in the $325,000 disbursal of campaign contributions to politicians at the local and state level who were involved in the process that resulted in the imposition of the Myrtle Beach Chamber’s Tourism Development Fee.

If one looks on the surface at associations that could be tied to the development industry in Horry County, Fowler’s are certainly more suspect than Causey’s.

The Fraternal Order of Police branch in the county endorsed a number of candidates in county elections for this primary cycle. Fowler, a former police officer, was not one of them. I expect this was because of Fowler’s support of Lazarus in 2018. Gardner was endorsed by the FOP and was certainly more supportive than Lazarus for changes that needed to happen with respect to pay and additional officers for the department.

The development industry has had a good election cycle this year. It was successful in getting Cam Crawford, Dennis Disabato and Gary Loftus reelected in the recent primaries. Republican primaries decide who will take office because of the lack of Democratic candidates in the November general election.

Primary election night was ruled by incumbents at all levels.

Only one incumbent lost, Janice Morreale in the District 5 school board race, and that was not a loss to a newcomer. Former county councilman for that district, Howard Barnard, defeated Morreale. Barnard gave up his council seat when he unsuccessfully ran for council chairman 10 years ago.

There will be newcomers to the county council District Nine seat and Horry County Auditor as incumbents Paul Prince and Lois Eargle, respectively, did not seek reelection. Both races will go to a primary runoff in two weeks with Mark Causey and Terry Fowler squaring off for District 10 and R. A. Johnson facing Beth Calhoun for Auditor.

One other incumbent, Sen. Luke Rankin, was forced to a runoff with challenger John Gallman in two weeks as either failed to get over 50 percent of the votes cast.

The victories by the incumbents effectively guarantee that the special interests in the county will play a big role over the next several years to the detriment of average citizens.

There is no doubt there will be a renewed effort to use county tax revenues, not state or federal dollars, to construct the Interstate 73 section in Horry County.

Likewise, developers will continue their push to build anywhere they wish, as much as they wish without any consideration for existing infrastructure and public safety needs of the areas to be developed.

Expect any county council attempt to pass impact fees on new development to be foiled and flood mitigation to be put on the back burner as special interests strive to make as much profit as possible.

There is no doubt that the Covid 19 epidemic played a part in the loss of the challengers as they were restricted in any ability to address groups of voters. Incumbents already had familiarity and name recognition going for them.

However, the basic fault lies with voters, or rather lack of them. 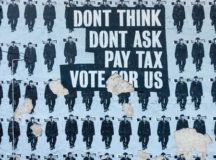 Conway voters will go to the polls Tuesday to elect three members to city council.

Two incumbents, Larry White and Tom Anderson, are on the ballot with the third seat currently vacant guaranteeing at least one new council member.

Flooding will be on the minds of many voters thanks to the major storm events of recent years and memories going back to 1999 and Hurricane Floyd. What to do about new development in order to limit its effects on current homeowners is part of that discussion.

Two candidates stand out on the dual issues of flooding and development. Incumbent Larry White told local media recently he would seek better infrastructure for the city as well as working with developers about where and how much to build and limiting the effects of runoff from new developments onto existing properties.

Candidate Alex Hyman said smart development helps everyone. As a member of Conway’s Zoning Board of Appeals and Planning Commission over the last eight years, Hyman has first-hand experience on issues of development around the city. He understands development is going to continue but it must be planned to complement what is already in place around the city.

Hyman has exhibited considerable knowledge and thought about the watershed in which Conway is located and some of the challenges and possible solutions to how flooding of recent years can be better managed.

Two things are certain, development is not going to be stopped, as candidate Barb Eisenhardt appears to be advocating, and riding on the backs of the Horry County Stormwater Department (Gilland), the Army Corps of Engineers and/or the South Carolina Department of Transportation (Anderson and Alford) to find flooding solutions are not the answer. Jordan advocates finding another way across the Waccamaw River as a solution to the traffic congestion experienced in last year’s flooding.

On a separate issue, Hyman advocates a two tier approach to improving the business opportunities in the city. He said the city should go to existing businesses with the question ‘what can council do to help you.’ For new businesses looking to relocate, Hyman would ask ‘what will you add to our business community.’

As recently as Tuesday, Vaught was maintaining that he had the votes of 9 – 10 council members to appoint Gosnell to the permanent position. This is before all applications were in, before the qualifications of any of the applicants were assessed and before any interviews were conducted to determine who might be the best person to lead the administration of Horry County Government going forward.

After former administrator Chris Eldridge and county attorney Arrigo Carotti failed in their attempt to discredit incoming chairman Johnny Gardner and it became obvious Eldridge had to go, Gosnell said at that time he didn’t even want the administrator job on an interim basis.

Ultimately, after Eldridge was separated from his county employment, Gosnell did accept the interim job but, with the provision he could return to his job as Infrastructure and Regulation Division head.

When the application process for the permanent position opened, Gosnell said he did not know that he would even apply.

Gosnell is a nice man and has been a good county engineer. However, with only two years to go until retirement and having served in the senior staff of the failed Eldridge administration, he is not what is needed for the county to move forward to realize its potential.