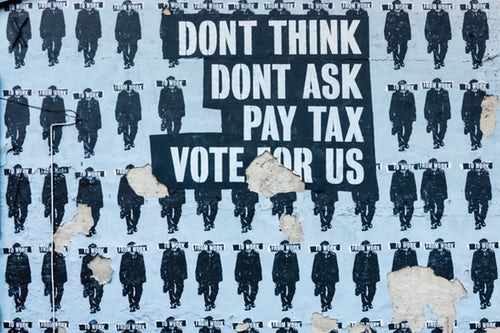 However, sources tell GSD that Fowler, a retired police officer, now drives a truck transporting trusses for homes. Is that not also a job that supports development? Is it to be assumed that just because a person has a job in a certain industry he is in the pocket of that industry and shouldn’t be considered as a candidate? If so, that would seem to eliminate Fowler for consideration also.

The Fowler campaign has been putting out negative comments about the other candidates. It is my understanding there are some skeletons in the Fowler closet also and people who live in glass houses shouldn’t throw stones.

The voters know that development is not going to stop in Horry County. What should be talked about is how to eliminate it from wetlands and floodplains rather than talking about stopping it altogether, which is not going to happen.

We have the interesting case of House District 105 candidate Steve Robertson attempting to bully his opponent into a debate through posts shared on his newspaper organization’s Facebook page. First of all, it’s too late to organize a debate, voting is in six days.

I also question the use of a media outlet to promote the candidacy of its owner.

However, a debate would be fun because I would like to hear Robertson defend an editorial he wrote three years ago supporting using locally collected hospitality fees to construct the boondoggle I-73 project rather than using it to fund public safety personnel and equipment.

And we have Alan Clemmons trying to convince the voters of House District 107 that he really wants to represent them when he has been seeking other jobs for the last several years.

There is also Clark Parker running for auditor giving out the wrong date for primary voting as well as many other campaign messages that defy the imagination.

Many years ago, an attorney for the South Carolina State Ethics Commission told me that the only thing that has to be the truth on campaign materials is who paid for them and the address of the payor.